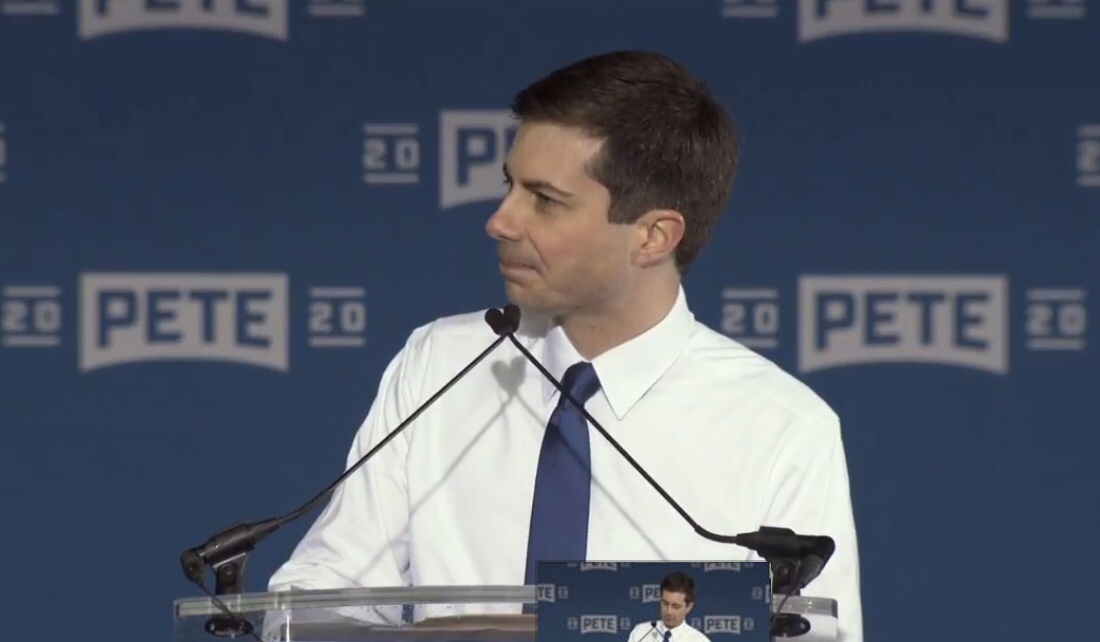 Pete Buttigieg made history today as the first openly gay candidate to run for the United States Presidency.

Buttigieg has taken many in the political world by suprise, rising to third place in the polls in important early battleground states like Iowa and New Hampshire, behind Joe Biden and Bernie Sanders.

Pete Buttigieg stated, “I am here to join you to make a little news. My name is Pete Buttigieg. They call me Mayor Pete. I am a proud son of South Bend, Indiana. And I am running for President of the United States.”

He went on to talk about his general policy stances on equal rights, racial justice, immigration, climate change, and others putting each into the context of freedom, security, and democracy.

Racial Justice, “Racial justice is freedom because you are not free if there is a veil of mistrust between the people of color and the officers sworn to keep us safe.”

Women’s Equality, “Women’s equality is freedom, because you are not free if your reproductive health choices are dictated by male politicians. ”

Marriage Equality, “You are not free if your county clerk gets to tell you who you ought to marry because of their idea of their political beliefs.”

Climate Change, “We are not even having a contest over whose climate plan is better because only one side brought forth any plans at all. If you don’t like our plans on climate, fine show us yours. Our economy is on the line, our future is on the line, lives are on the line, so let’s call this what it is: climate security, a life and death issue for our generation.”

Trump’s Border Wall, “There is a lot more to security than putting up a wall from sea to shining sea.”

Pete Buttigieg has already raised 7 million dollars in his campaign bid for president and in his speech recognized his own audacity to run for the democratic nomination as a 37 year old millenial mayor from a midwestern state. Time will tell how voters will react to Pete Buttigieg’s pragmatic and moderate approach to politics.

He ended his speech by saying, “Let’s turn the page and start a new chapter in America’s story…With hope in our hearts and fire in our bellies, let’s make history.”