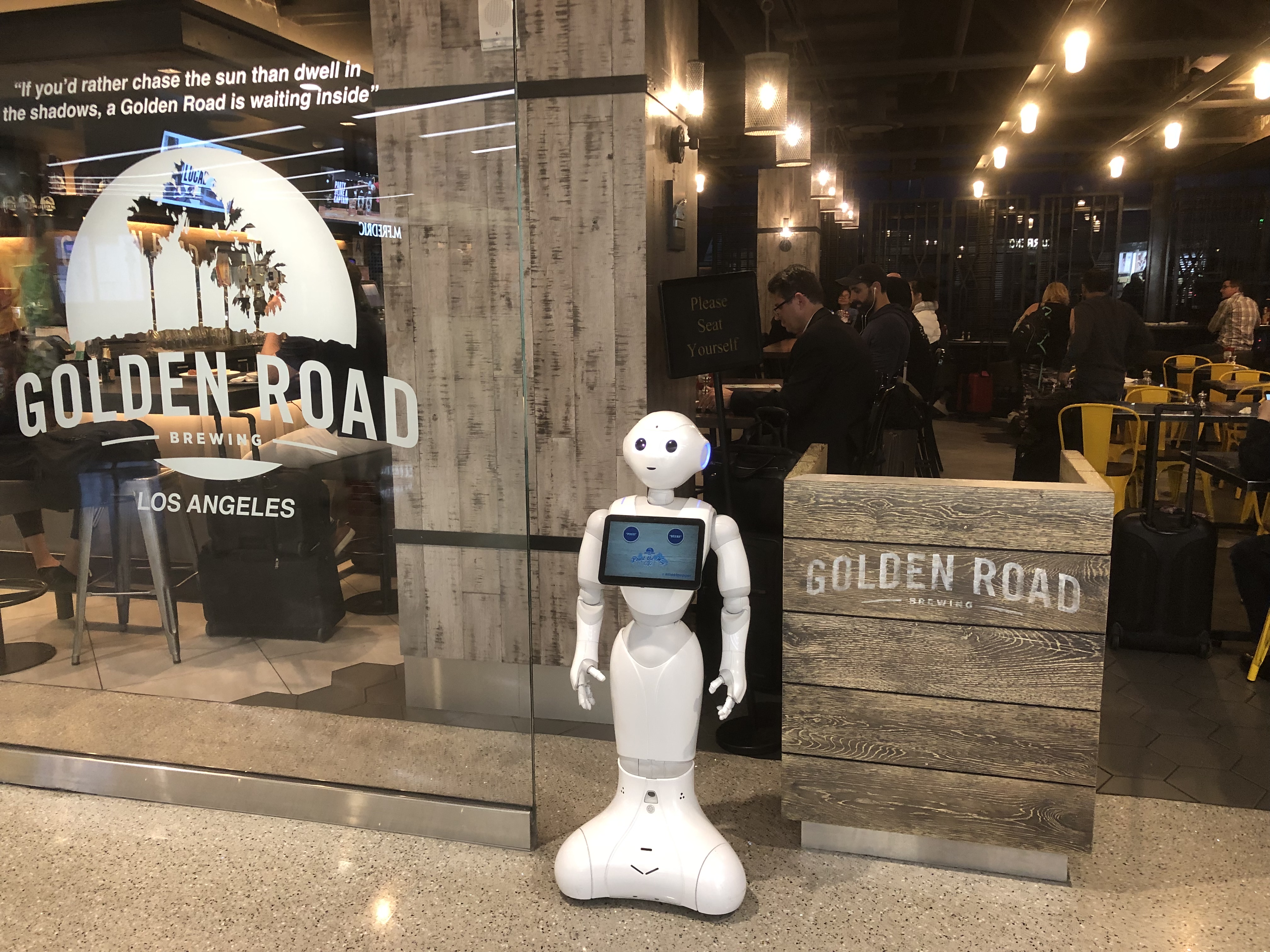 Futurists and robot enthusiast can get to see a clever “humanoid” robot taking orders at Golden Road Brewing located inside the Los Angeles’s LAX airport.

Greeting customers at the front of the restaurant, this robot doesn’t just take orders, it also converses with customers after taking their order saying, “great, you won’t be disappointed.” It then goes onto describing the type of burger the customer ordered in descriptive delicious terms giving the adorable little robot some personality.

What does this mean for the future of restaurants workers?

Robots right now have the artificial intelligence to take over light service roles such as the specific role this robot is playing however, we don’t expect robots to take on more advance roles such as being a server, bussing tables, preparing foods, or making drinks.