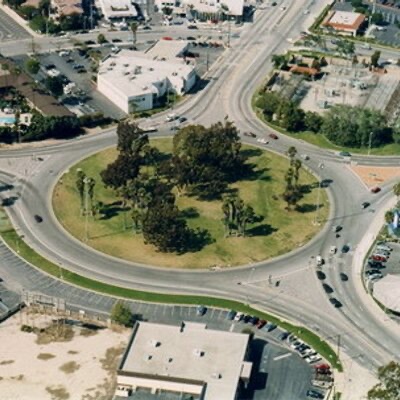 Drivers making their way through the Los Alamitos Traffic Circle in East Long Beach have begun to see changes.

The traffic circle connects Los Coyotes Diagonal, Pacific Coast Highway, and Lakewood Boulevard and is under the purview of CalTrans.

The traffic circle was originally built to direct Los Angeles drivers to El Dorado Park and Marine Stadium during the Olympic Summer Games of 1932.

Now, drivers will no longer be able to speed through the circle without clearly marked lanes guiding them. CalTrans tweeted out, “The safety enhancement project of the Long Beach Traffic Circle is complete, including: repaving; re-striping of lanes; improved signage; & new drainage.”

This street improvement has dovetailed with other new additions to the immediate area including a new Starbucks, Rite Aid, Raising Cane’s Chicken, and other big named businesses.