It’s All In The Cheese – Portofino Italian Deli Pizza

It’s All In The Cheese – Portofino Italian Deli Pizza 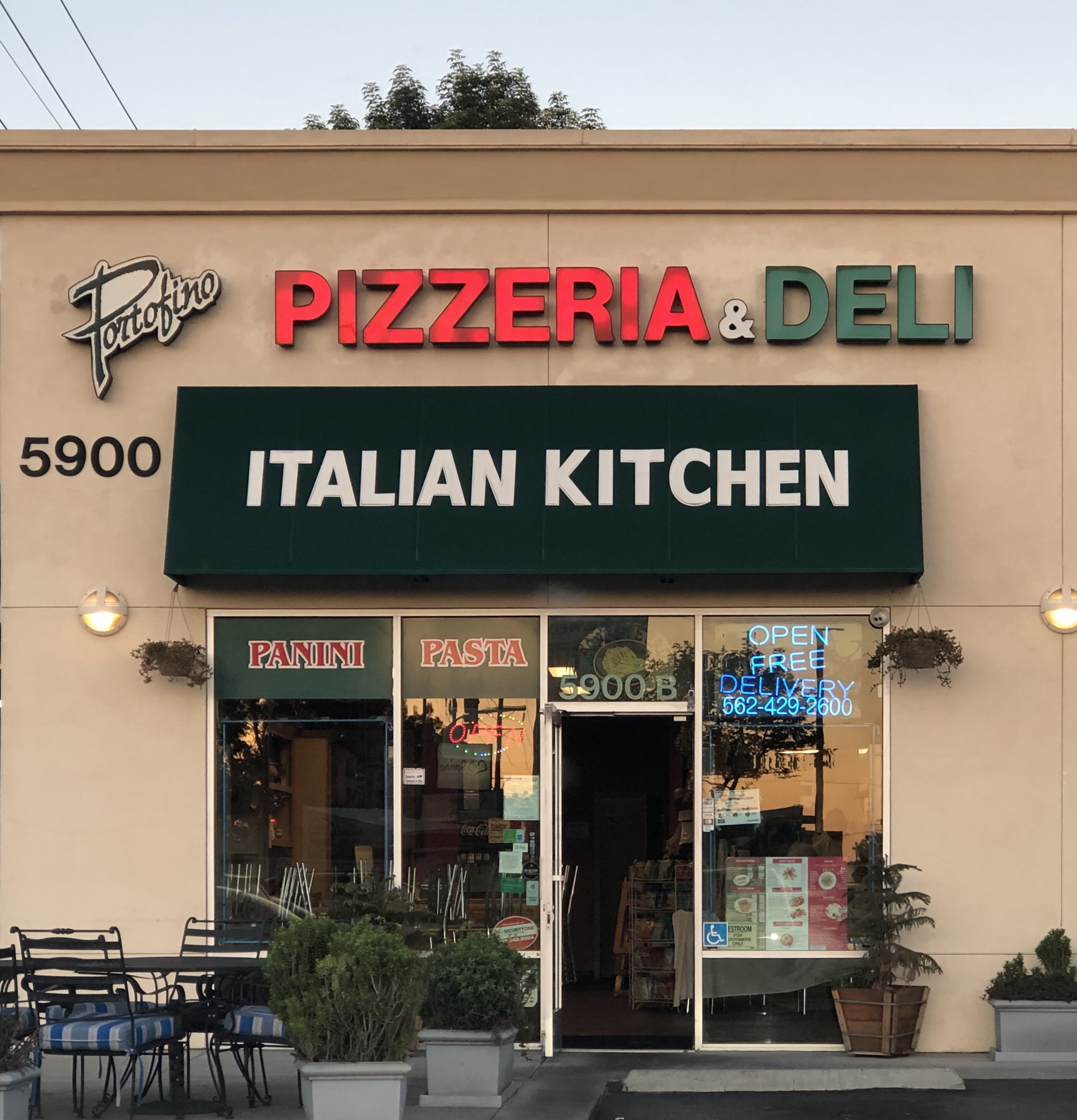 Growing up in New York leaves one with virtually impossible food expectations to fulfill. New Yorkers, often wonder why finding duck sauce (not to be confused with plum sauce) in a Chinese restaurant is like finding a needle in a haystack.

We also often wonder why, despite a different water supply, do the pizza and bagels in Southern California taste different to their legendary counterparts in New York?

Don’t get me wrong, there are some wonderful Italian restaurants in Southern California. Michaels Restaurant and La Parolaccia in Long Beach and Cantalinis Salerno Beach Restaurant in Playa Del Rey are a few that come to mind.

Another option, on the border of both the Los Altos and Plaza neighborhoods in East Long Beach, has caught me by surprise. Portofino Italian Deli Pizza at the corner of Los Coyotes Diagnol and Spring Street doesn’t get as much attention as some of the other high profile establishments in Long Beach, but the pizza has a distinct taste that this New Yorker recognizes as one of its own.

It’s All In The Cheese

It’s not that the size of the slices or even the pizza crust consistency is what is very comparable to New York pizza, but it is the taste and smell of the cheese and marinara sauce that goes underneath it that is. The only way that I can explain it without having the recipe is that the cheese must have a mix of both high quality parmigiana and mozzarella, with oregano and other flavors melded in.

The cheese is also abundant, where you can take your thumb and pointer finger like any New Yorker and pick up the cheese from the slice to eat it whole.

It’s not just their pizza that is good, although, before dipping your taste buds into anything else, I recommend ordering a pie first with half meatball and half mushroom, or just plain old cheese. Their spaghetti with garlic and oil is excellent as well and goes as a terrific side dish to their chicken or eggplant parmigiana.

Well there you have it, that’s my recommendation. You don’t have to take my word for it but if you want to try pizza in Long Beach that has a taste that is most similar to New York Pizza, give Portofino’s Italian Deli Pizza a try.