Murder Hornets Have Made It To America

Murder Hornets Have Made It To America 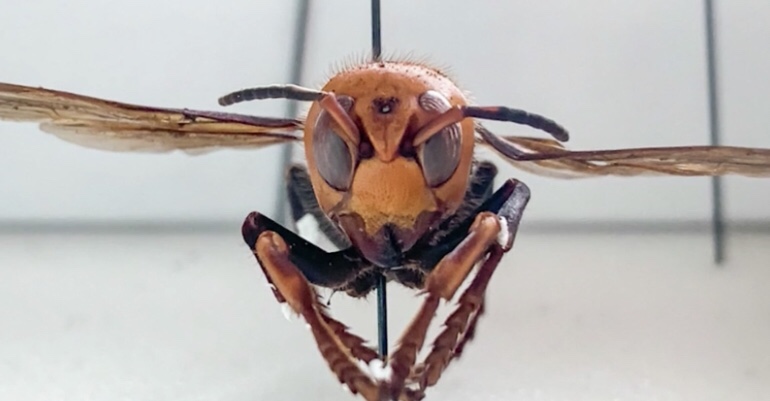 If 2020 wasn’t stressful enough for Americans, now, a “Murder Hornet” was sighted for the first time in the United States. (Don’t worry Long Beach, it was sighted in Washington state, not California… yet).

The murder hornet, also known as the Asian hornet or Vespa mandarinia is a native of Japan. It is the largest hornet in the world and can grow up to two inches in length. It can kill a human being if it stings a person multiple times.

It’s stinger is so strong it can puncture a bee keeper suit.

According to the Washington State Department of Agriculture, “Asian giant hornet attacks and destroys honeybee hives. A few hornets can destroy a hive in a matter of hours. The hornets enter a “slaughter phase” where they kill bees by decapitating them. They then defend the hive as their own, taking the brood to feed their own young.”

If that doesn’t sound like it was taken out of a horror movie, I don’t know what else does.

If you happen to spot an Asian hornet, make sure to contact the local authorities. This breed of hornet has the potential to decimate our current honey bee population.