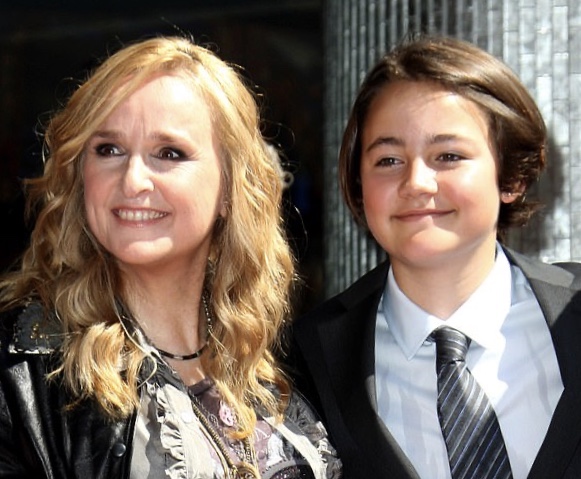 Beckett and his sister Bailey Cypher are the children of Etheridge and her former partner film maker Julie Cypher.  Both children were carried by Cypher and conceived through artificial insemination. It was later revealed that singer David Crosby was the sperm donor. Etheridge also has 13 year old twins, daughter Johnnie and son Miller, with former wife actress Tammy Lynn Michaels. In 2014 Etheridge married actress Linda Wallem.

theridge’s career has its early musical roots in Long Beach were she lived for a few years in the early 1980’s in the North Belmont Heights neighborhood off of 4th Street. Etheridge’s public playing days started at the Executive Suite at the corner of Cherry and Redondo where she volunteered to auditioned after noticing the club’s piano while on a date. She also had  regular Wednesday and Friday night gigs at the Que Sera Sera on  7th Street. Both legacy bars are still operating. The Que Sera Sera was founded by local lesbian activist Ellen Ward who would be the first openly gay women to be elected to the Signal Hill City Council.

Etheridge was officially discovered by the music industry playing at Pasadena’s Vermies.

In 2013 Etheridge and Wallem attended the opening of the Long Beach Historical Society’s  LGBT History Project exhibit titled “Coming Out in Long Beach.”  The exhibit featured the Gold Album that Etheridge donated to Que Sera  Sera.

And so you meet me

Down at the bar

That’s where we are

And I promise not to take you down too far

Benz will make a drink

Two will see you holler

No one wants to think

And it’s que sera sera in black and pink.