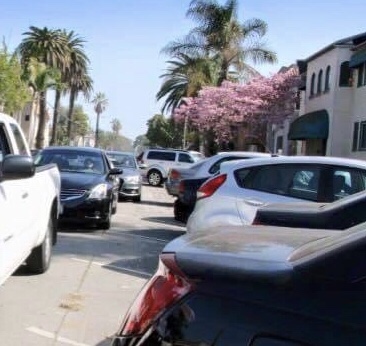 As street sweeping tickets at $70 a pop have begun again in Long Beach, some residents are questioning why Long Beach has begun ticketing people during a time of economic crisis.

One such resident questioning the system is Robert Fox, a leading candidate for Long Beach’s second district, which has some of the most parking impacted neighborhoods in the city.

Fox recently started a change.org petition to ask City Council to suspend street sweeping tickets in Long Beach until the Stay at Home order is lifted.

His opponent Cindy Allen who is backed by the majority of City Hall including the Mayor has so far stayed quiet on street sweeping fines during this time.

Some city council members including the 2nd District incumbent Jeannine Pearce, who is not running for a second term, have begun to discuss what could be implemented to potentially reduce or eliminate street sweeping tickets during the current economic crisis sweeping the country and city.

A memo from City Staff stated, ““Due to the significant financial and economic impacts COVID-19 has had on the community, it is important to balance the need for street sweeping with penalties issued for non-compliance with parking during street sweeping hours.”

In the meantime, residents will have to make due, moving their cars weekly to avoid the full $70 ticket.