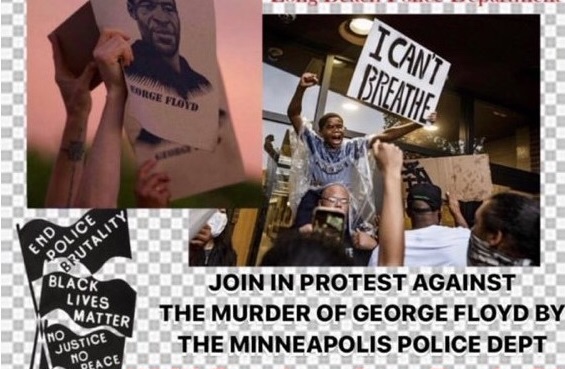 A Social Media post circulating around Long Beach is calling for a protest in Downtown Long Beach on Sunday, May 31, 2020.

The LB Tribune is not publishing the time or place of the protest in an abundance of caution due to the violence that has accompanied the protests.  (Parts of the flyer without the specifics can be seen below.)

The flyer’s headline states the protest is an “ANTI POLICE BRUTALITY PROTEST”:

The flyer further calls on readers to “JOIN IN PROTEST AGAINST THE MURDER OF GEORGE FLOYD BY THE MINNEAPOLIS POLICE DEPARTMENT”. It also includes pictures of protesters and other graphics related to the death of George Floyd.

The organizing of the Long Beach protest comes after two days of protests that turned violent in Los Angeles and the day after looting in Downtown L.A.