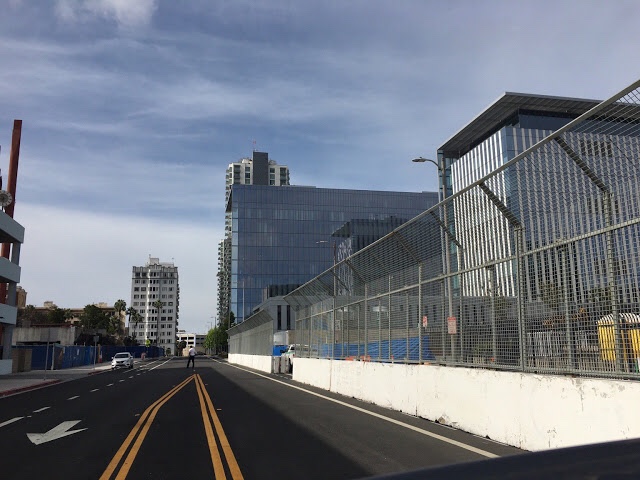 Overnight the City of Long Beach responded to a call for a protest today at the new Civic Center with barricades normally used for the Grand Prix course.

Local progressive websites have called for a late afternoon protest today at the Civic Center as part of the George Floyd protests across the country.  Those groups include the local Democratic Socialists and Black Lives Matter.

Business owners in Downtown Long Beach have also started to protect their properties by boarding them up. Social Media today has various unconfirmed rumors as to where the Long Beach protestors are now planning to march.

It is not clear if any protestors or how many will show up in Long Beach. Today as Los Angeles cleans up from four days of protesting that on the second day turned to looting, hundreds are peacefully protesting in Santa Monica and hundreds in Downtown Huntington Beach. Police in Huntington Beach at about 1 pm declared that protest an unlawful assembly.