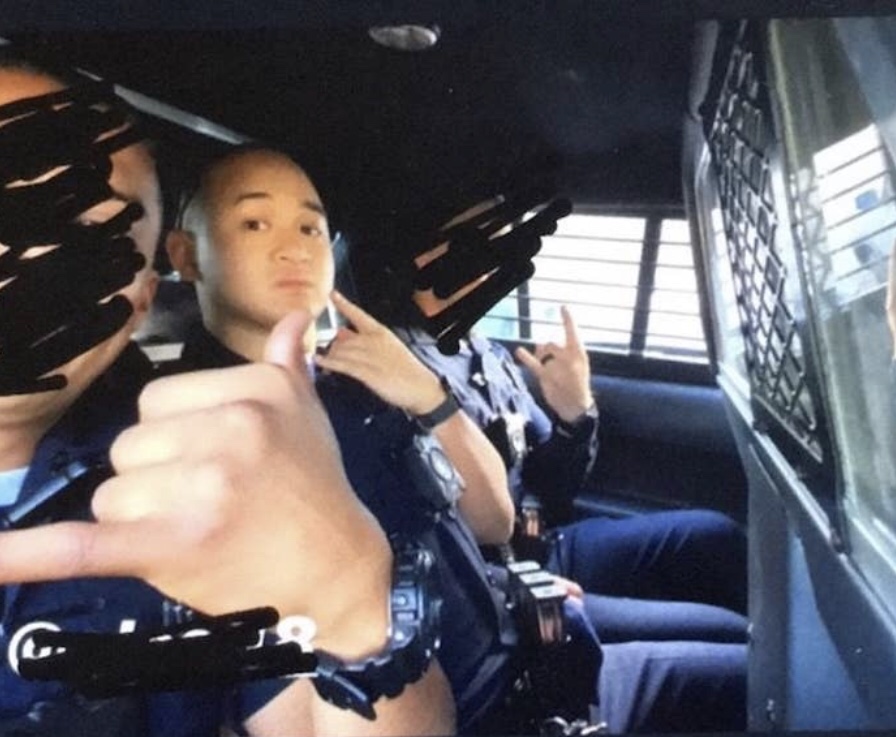 The picture features Officer Delgado’s black baton over a floor splattered with blood as he worked during the May 31, 2020 Long Beach Protests.

Officer Delgado did delete the post, but reportedly before the post was deleted it was reposted by Delgado’s  brother with the imposed words “Bro getting his” .

Another post on  Officer Delgado’s Instagram shows Delgado and two other officers in a squad car on the way to the Long Beach Protest all making the shaka sign. The sign a gesture of hello in Hawaiian surf culture also is a sign of solidarity.

Police officials told BuzzFeed News the department’s social media policy requires officers to “use appropriate discretion when posting photographs or speech that may jeopardize investigations or discredit our Department.”

Long Beach Police Chief Luna released a statement calling the images “very disturbing and are not in line with the high standards we hold our officers accountable for”.

Office Delgado joined the LBPD in 2019.