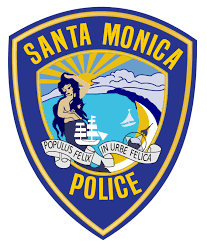 The Santa Monica City Council voted this week to order an independent review of the Santa Monica Police Department response to the Sunday, May 31st,  Santa Monica Protest and resulting looting  of hundreds of businesses.

The vote for an independent investigation was in part a response to 60,000 people as of Tuesday, June 9th signing a petition to fire Santa Monica Police Chief  Cynthia Renaud over SMPD handling of the May 31st  Protest and looting.  As of this posting 62,000 people have signed the petition.

Chief Renaud a Long Beach native and graduate of CSULB, has been under fire for  not only the widespread looting, but also Santa Monica’s use of rubber bullets and tear gas on protestors who were blocks away from the areas of downtown Santa Monica getting looted.

“As Police Chief, I welcome a thorough, independent review of the events of May 31, building on the after-action review I have committed to conducting within the Department,”

According to the Santa Monica Mirror, residents were also concerned about the Press Conference the following day and what many consider a victory lap minimizing the damage by focusing on no major injuries or loss of life.

The similarities of the  Santa Monica’s protest and the Long Beach Protest go beyond being on the same day Sunday, May 31st.  The protest in Santa Monica started  at 1 pm. just two hours before the Long Beach 3 pm protest  In both cities, the looting started blocks away from the main peaceful protest group.  Both cities held a press conference immediately the next day where city officials and the police administrators focused on the message that no deaths or injuries occurred despite the widespread losses to businesses.

The similarities stop there.

When the looting started in Santa Monica, city officials quickly called for a 4 pm curfew.  Soon after, Los Angeles County and City called for a 6 pm curfew- both curfews were well before dark. Long Beach was the last to call a curfew with Mayor Garcia calling the curfew for a past-sundown 9 pm curfew, even after the looting had spread from The Pike Outlets to Pine Ave and then north and east across the city.

Santa Monica Police arrested over 400 people on that Sunday. LBPD Chief Luna announced Tuesday that the arrest count for Long Beach’s civil unrest is now at 98 with 71 misdemeanor citations (tickets). Luna emphasized that those citations were still arrests even if the persons cited were not held.   Under pressure for a timeline or deadline from Second District Councilwomen Jeannie Pearce, Chief  Luna would not commit to when a report on the break down of the 98 arrests would be made available.

In an interview with  Los Angeles Magazine, SMPD executive officer Joseph Cortez was questioned about the looting. Pressed about looting in front of officers, Cortez stated:

“But the Santa Monica Police Department places a higher priority on life and public safety. When the radio traffic is, “We have a person with a gun”— and there were a couple of these—we arrest the people with the guns. We arrested violent people. And so, the decision was to start dealing with the public safety aspect of it first until we got more reinforcements, then we could handle the looting. But we have to do an after-action review and find out if our tactics were lacking in any way.”

The Santa Monica Lookout reported in a two-part story about the Santa Monica looting called  What Went Wrong?  the observations of a  “former top-ranking police official”:

After viewing footage of looters swarming stores unchecked for hours, one former top-ranking police official became convinced that officers were told not to make arrests.

“It kind of speaks for itself,” the former official said. “The officers looked the other way.

“Squad cars drove by the looters and didn’t stop. They were within 25 yards of people committing crimes.

“If you had arrested just three people,” he said, “everybody would stand down. You do it from the beginning.”

“The council voted to explore various police reforms, open an independent review of SMPD’s response to the May 31 unrest and create a Black Agenda to address systemic racism in Santa Monica.

Council members asked city staff to present a plan on June 29 to reallocate some money from the police department’s budget, which would comprise 30% of the city’s $348.2 million discretionary budget next fiscal year, to fund crime prevention efforts, including youth programs. “