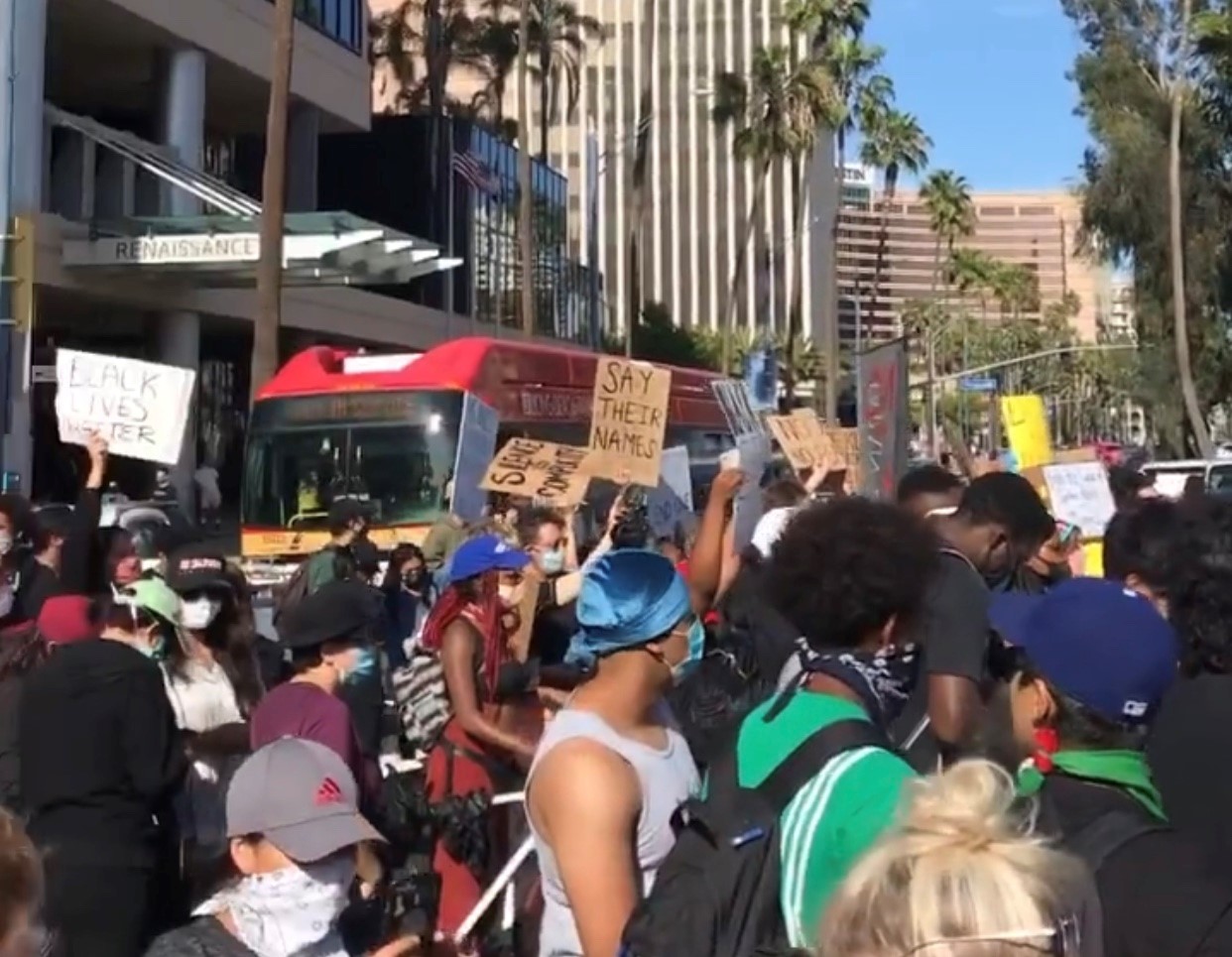 Long Beach Police Chief Robert Luna released the arrest data for the May 31, 2020, Long Beach Protest.   The total arrests reported to the City Manager, Mayor and  City Council in a memo was 103 arrests.

Chief Luna’s memo broke the 103 arrests down by category:

Luna at that time did announce that the number was at 98 and growing.  Luna did mention that the 71 citations were actually “arrests” except that they were ticketed and released.

The reported 74 curfew violations amount to 71% of the total “arrests”.  Adding up the criminal arrests for three categories that directly appear related to the widespread breaking into businesses and looting (commercial burglary, looting and burglary) you get 20 arrests 19.4% of the total arrests.

The release of the numbers showing only 20 arrests in a night of business looting and destruction across Long Beach comes as local news and social media share accounts from rank-and-file officers who tell of orders to not go after the looters.

On June 8, 2020, the City Prosecutor Doug Haubert released a statement announcing that those arrested for “peaceful protest” would not be prosecuted but would be referred to as an alternate program. Similar programs had been announced in other jurisdictions that had peaceful protestors arrested for civil disobedience or curfew violations.

As for those who were not peacefully protesting, this program would not apply.  The few people who used the peaceful protest as an opportunity to steal and vandalize, or who intentionally put other peoples’ lives in harm’s way, should expect criminal charges.  Again, we have not received the cases yet, so any determination on the kind of charges, if any, will need to be made at a later time.

In her pressing of Chief Luna for data on the arrests at the June 6 City Council Meeting Councilwomen Pearce stated:

If we did make arrests for looting… there’s that word, but I do not know a better word to use. But, if there were arrests being made for that my constituents that were asking me  ‘Where were the police?’ during this incident, we should be able to say ‘Forty arrests were made that night in the case of looting’ . And so I am not asking for a lot of information, I’m asking for very like, here’s the numbers. Here’s the types, basic.