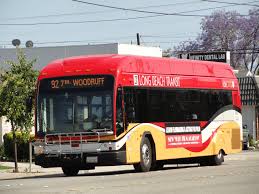 In an announcement June 30, 2020 on Twitter, Long Beach Transit becomes the first local agency to join the growing list of  American businesses to pause spending advertising dollars on media platforms that allow hate speech and disinformation. While the Long Beach Transit announcement does not specifically name  any social media platform, the national target of  these growing efforts is Facebook.

The Long Beach Transit announcement came in series of tweets:

LBT believes in connecting communities, moving people, and making everyday life better. Towards that end, we stand against hate speech and more must be done to bring the diverse customers and communities we serve closer together.

One of LBT’s values is to operate with integrity. This means doing what is right, even when no one is watching.

In the current environment, the stakes are too high to sit back and continue to be complicit as social media platforms spread disinformation and foment fear and hatred. Effective July 1, LBT will stop using advertising dollars for social media.

The Facebook boycott campaign started on June 17th, 2020 and is being organized by Sleeping Giants.  The group’s goal since its founding in 2016  was to persuade companies from advertising on conservative news outlets. Sleeping Giants first national target was SoFi the financial company that advertised heavily on Breitbart . To date, its most successful campaign was against Breitbart.  SoFi this year bought the naming rights for the new Los Angeles Stadium  new home of the Rams and Chargers.

With Facebook having over 8 million advertisers and almost $70 billion in advertising revenue last year, the boycott effort when it started three weeks ago was not taken seriously. The boycott effort however quickly started to be noticed when more nationally know companies like Verizon’s announced support of the Stop the Hate for Profit  campaign.  On Friday, June 26, 2020, Facebook publicly acknowledged the campaign and began to address the growing backlash.

In a widely circulated message to its advertisers Facebook’s Vice President of  Global Business Solutions Carolyn Everson on June 26th defended the social media giant’s efforts on behalf of  its current efforts against hate speech.  The memo included: “I also really hope by now you know that we do not make policy changes tied to revenue pressure. We set our policies based on principles rather than business interests.”

Everson’s memo also addressed the Stop the Hate for Profit campaign writing “boycotting in general, is not the way for us to make progress together.”

Unfortunately, the sum total of these exercises reveal that Facebook has been spending more time on their messaging rather than addressing the underlying problems on the platform.