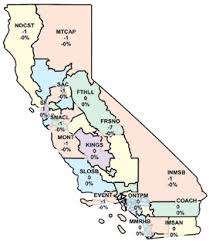 Three local women, one Democrat, one Republican, and one “non-affiliated with a major party” were not selected for the First Eight seats on the 14 member California Citizens Redistricting Commission  (CCRC) in the lottery to fill the seats. The three will have one more chance to be appointed to the six remaining seats .

Long Beach residents Democrat Margo Morales and Republican Genevieve Brill Murphy, as well as Lakewood resident and Independent (i.e. decline to state) Dr. Maria Williams Slaughter names, were in the Thursday morning July 2, 2020 lottery conducted by the California State Auditor’s Office.  The lottery selected the First Eight CCRC Commissioners for 2020 statewide redistricting.  None of the three had their names selected in the lottery.

With each of the locals belonging to a  different party category, Morales, Murphy, and Slaughter all could become one of the two new commissioners that will be chosen from each party category. The new eight CCRC  commissioners will select the remaining six commissioners.  That selection must be completed by August 15, 2020.

The three local women were part of  120 applicant interviews by the Applicant Review Panel in February and March of this year that narrowed the original field of 2,000. Long Beach Councilwomen Stacy Mungo-Flanigan also applied for the CCRC and was interviewed by the Applicant Review Panel.  The Councilwomen however dropped out from the CCRC selection process after she was reminded during her interview that if she was selected for the commission she would have to resign her council seat.  Two other Southern California councilmen also dropped out of the process for the same reason.

The eight commissioners selected today by law included three Democrats, three Republicans, and two non-affiliated with the two major parties.  The remaining six seats will include two from each of the three party affiliation categories.

The CCRC is tasked with having a diverse membership.  The first eight include; three Black/African America; three White; one Asian Indian; and one Other Asian Group. The lottery selected four women and four men, Four are from Southern California, two from Northern California and two from the Central Valley. Economic Status is broken down by annual income: 3 commissioners fall in the $75,000 -$124,000 category;  two commissioners fall in the $125,000 to $250,000 category; and three fall into the over $250,000 category.

Link to complete information on the First Eight CCPC Commissioners:

Below, more information on each of the Long Beach area women still in the running for a CCRC commission seat.

Below is more information on each of the Long Beach area women still in the running for a CCRC seat.

Margo Morales is on the Democrat list. She retired in 2018  from her executive management position with the  Los Angeles County Department of  Health.  She has served on the Long Beach Parks and Recreation Commission and is currently serving on the newly created Long Beach Ethics Commission.

Genevieve Brill Murphy is on the Republican list. Murphy is the owner of a senior home care franchise Long Beach Visiting Angles. She also serves as President of the Board for the Bucket List Project Foundation a wish fulfillment program for adults with terminal illnesses.

Dr. Maria Williams Slaughter is on the “Non major party affiliated” list.  Slaughter is the  City of Carson Director of Public Works. A Lakewood resident, she has been very involved and active in the LBUSD schools her children have attended.  Slaughter  also has worked and taught at CSULB.