ABC defines “meal” for alcohol service in bars and restaurants

ABC defines “meal” for alcohol service in bars and restaurants 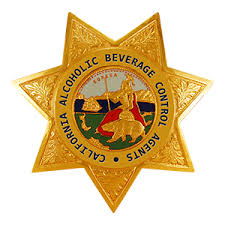 The California Department of Alcohol Beverage Control (ABC) has set the record straight on what constitutes a “meal”  for alcohol service in bars and restaurants.

In a rare weekend advisory on Sunday, July 5, 2020, the ABC send out an update to clarify COVID 19 regulatory “Notice of Relief” rules for serving alcohol with “meals”. The importance of the notification was clear. Not only was the ABC update sent on a weekend, but it also happened to be the end of the 4th of July holiday weekend.

What prompted the extraordinary holiday weekend communication was to clarify what constitutes a “meal” in order to serve alcohol to sit down restaurant guests. The day before the ABC announcement on July 4th, California confirmed 5,669 new COVID 19 infections. That was a 62% increase over the previous two weeks.

In response to California COVID 19 cases surging after the initial opening of the economy, on June 28, 2020, Gov. Newsom closed bars in seven counties. The order applied to bars that are not connected to a sit-down restaurant. In sit-down restaurants, the bar areas were also required to be closed even if they were outside. The COVID regulations stated that only patrons ordering a “meal” are allowed to also order alcohol. No inside dinning would be allowed.

This week, San Diego County Chief Public Health Officer Dr. Wilma Wooten, reported that 76 percent of all community outbreaks detected so far have been in restaurants with bars.

Now, as COVID 19 cases spike across California, the ABC made it clear this weekend what a definition of a “meal” is, and what is not a “meal”.

Under the heading “What is required to be considered a “meal”?”  the ABC uses the definition in the California Business and Professions Code.  Citing Section 23038, the ABC informed licensees the “‘Meals’ means the usual assortment of foods commonly ordered at various hours of the day; the service of such food and victuals only as sandwiches or salads shall not be deemed a compliance with this requirement.”

To help further clarify that definition, the ABC Advisory goes on to explain:

“Given the tremendous variety of foods available at the many different licensed premises, this definition provides the necessary flexibility to look at the totality of the circumstances in determining whether or not the food service provided by a licensee is a legitimate offering of meals in a bona fide manner. In evaluating this, the Department generally looks at the various menu offerings, availability during typical meal hours, and whether the food offered is served in a reasonable quantity and what a reasonable person might consider being a meal consumed at breakfast, lunch, or dinner.

For example, although multiple courses are not required to constitute a meal, in order for the patron to be served a meal there should be a sufficient quantity that would constitute the main course in a multiple-course dining experience,”

Still confused?  The ABC then made it very clear what they see as the problem. The ABC Advisory:

The ABC then specifically lists the items that are not meals:

“In addition, the Department will presume that the following, and offerings similar to them, do not meet the meal requirement:

Snacks such as pretzels, nuts, popcorn, pickles, and chips.

Food ordinarily served as appetizers or first courses such  as cheese sticks, fried calamari, chicken wings, pizza bites (as opposed to pizza), egg rolls, potstickers, flautas, cups of soup, and any small portion of a dish that may constitute the main course when it is not served in a full portion or when it is intended for sharing in small portions.

It has just been a month since the initial reopening of restaurants and serving alcohol with meals was allowed. On the initial opening, Long Beach had immediately started planning an Open Streets Initiative to allow more space for social distancing by allowing the restaurants the use of adjacent parking lots and temporary “parklets”.

The ABC issued COVID regulatory relief allowing bars and restaurants to apply for temporary Catering Permits. Those permits allow alcohol service “with meals” adjacent to the outside of the licensees building.   Long Beach quickly installed close to 200 temporary parklets across the city in time for the 4th of July weekend.

Just days before the weekend, hospitals across Los Angeles County started getting a spike of  COVID 19 patients. On July 2nd, Long Beach hospitals were at 60% capacity.

By the Fourth of July, almost 50% of new COVID cases were among adults 40 and younger.

Barbara Ferrer, the L.A. County director of public health  reported this week that  young people now make up 50% of all COVID 19 cases. Before the economy reopening that number was 30%  This week Governor Newsom warned those younger adults.  Calling them “the young invincibles,”  Newsom said that that they could become the main way COVID 19 spreads to high risk older adults and anyone with underlying conditions.