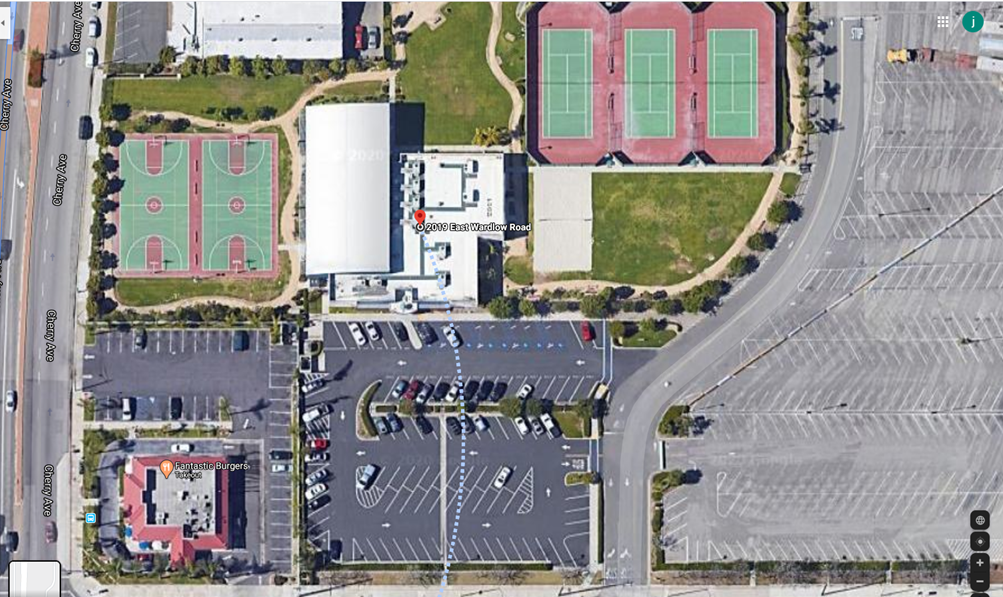 Fire Station 9 will relocate to the former Boeing Fitness Center located at 2019 E Wardlow. The move which will need a zoning variance will be heard Monday, July 13, 2020, in a Zoning Administrating Hearing.    The City Council approved the lease contract at their July 14, 2020 meeting. The city will lease the site for $10,000 a month for up to three years. In September of 2019, the City Council had approved a $1.5 million relocation fund.

Two freestanding canopies will be constructed to serve as bays for the fire vehicles.  The inside of the building is to be repurposed.  The former Boeing Fitness Center campus includes the building, two basketball, three tennis courts, sand volleyball, and a large parking lot.  The Boeing Fitness Centers are located near Boeing facilities and are for Boeing employees, dependents, and retirees.   The property the center is located on 90 acres of former Boeing property that was purchased by Australian Developer Goodman.

The original Fire Station #9 located in the 8th District’s Los Cerritos Neighborhood became was closed in June 2019 due to an ongoing mold issue.  The closure became a campaign issue in the primary for the 8th District Council Race.

Long Beach Fire Chief Xavier Espino had announced the city was looking at 15 possible temporary replacement sites for Fire Station #9.  The city has not officially announced a site for a new Fire Station 9 to be built but has approved money identified for both the relocation and acquiring property and building a new station.

The demolition of Fire Station #9 is subject to an Environmental Impact Report (EIR). That report has been made available for public comments on July 10, 2020.  Persons wishing to comment have until August 24, 2020. You may access the EIR at this link: EIR

The Zoning Administrator Hearing for the reuse of the Boeing Fitness Center will be Monday, July 13, 2020, Via Teleconference 2:00 p.m. You may access information on the hearing at this link: ZONING