The Omicron variant of the Covid-19 virus knows no ‘protection’ as it easily evades both natural immunity and the immunity acquired by the Covid-19 vaccines. According to the experts, that’s the main reason why United States set new daily records in new cases officially surpassing more than one million new cases per day last month.

A relief factor is that most of the cases infected with Omicron will usually have no to mild symptoms and will probably avoid hospitalization or fatal scenario. So far, booster doses of the vaccines are proven to provide the best protection against getting infected with Omicron increasing the vaccines’ protection to the initial nearly 90% with the previous Covid-19 variants.

The most recent wave resulted with long lines at the vaccine sites once again, causing many people interested in booster dose to wait for hours. However, many sites were not even offering boosters without appointment because they tried to vaccinate as many people as possible with first and second doses of the vaccines. That policy ended up to be fatal for G. Bourque from California, or at least that’s what his girlfriend Jen said three weeks ago.

According to Jen, her boyfriend contracted the virus late December and tested positive after visiting his family for Christmas. Bourque reportedly told Jen to stay at her mother’s home to avoid getting sick as well, assuring her that he was doing fine. They agreed that she would drive back the next day. But Jen received devastating news before she could do so.

“Jen received a call from her boyfriend’s son who said, ‘I won’t be here and neither will dad,'” a GoFundMe campaign said.

Jen said the 55-year-old Bourque was in “excellent health” and she expected he was going to recover from the virus easily relying on the fact that he was healthy and already fully vaccinated against Covid-19. Although she didn’t further explain his symptoms, Jen said Bourque told her he ‘feels terrible’ after testing positive.

According to KGTV, both Jen and her boyfriend were fully vaccinated against Covid-19 and they received their second dose last spring. As soon as they became eligible to get their booster doses, they started questioning themselves how necessary it was at the time to get the booster since they already had been fully vaccinated.

As the number of new cases fueled by the Omicron variant started to increase in December and in an effort to additionally protect their families, they decided to get boosted ahead of the holidays. They attempted several times to get the booster at pharmacies before Christmas as walk-ins but were unsuccessful.

Unable to get a booster dose as a walk-in patient, Jen told KGTV she and Bourque scheduled an appointment for the first week of January. “Looking back, I wish we would have gotten it sooner. This is scary business. Please get your vaccine and booster,” Jen said.

The immunity of the vaccines wanes over time and health experts are strongly encouraging people to get their booster dose once becoming eligible. In addition, the unvaccinated are urged to get their first shot as soon as possible in an effort to stay protected against Omicron, by far reducing the chance of hospitalization or death. 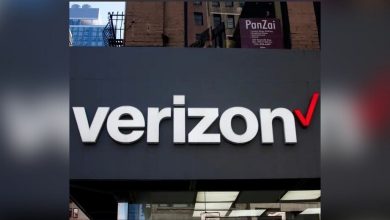 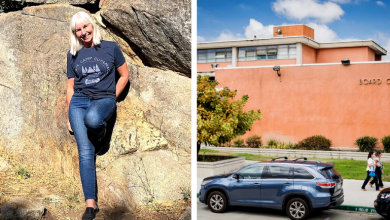 ‘I can’t believe you did that!’, Fourth-grade California teacher at a multi-racial school used the N-word in class, students reported her to the dean, suspended 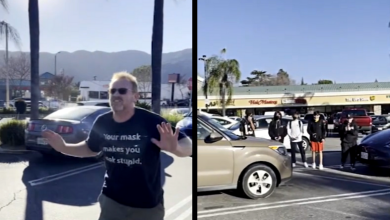 “Your mask makes you look stupid,” Man yells toward a group of schoolkids wearing face masks on a parking lot near their school