Los Angeles, California – Law enforcement officials appealed to the general public for assistance on Tuesday in locating a man they believe was responsible for the shooting deaths of two individuals in Hollywood the previous week.

The Los Angeles Police Department conducted an investigation and found that 32-year-old Marvin Francell Williams was responsible for the double shooting on June 16 that killed 35-year-old Nadia Campbell and 40-year-old Ajani Patridge.

A press release from the Police Department says that Williams and Campbell were dating before the shooting in which he shot both Campbell and Patridge for unknown reasons.

Police also said the children of Campbell might have witnessed the incident as they were in a vehicle nearby when the shooting incident took place.

Authorities provided a description of the suspect, Williams, saying he is a 5’ 11″ tall Black man weighing around 160 pounds with multiple tattoos on his neck. He resides in the Compton area and was last seen on foot on Vista Del Mar Avenue.

Authorities are asking anyone who sees Williams not to approach him as he is considered armed and dangerous and to call the Los Angeles Police Department at 213-382-9470. 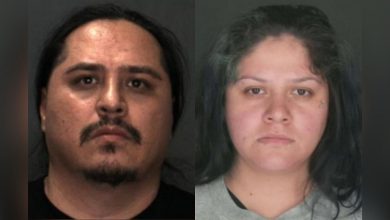