Long Beach, California – A Bellflower teenager was taken into custody earlier this week in connection with the death of a woman in Long Beach who was found unresponsive in a nursing facility, according to authorities.

Reports say that when 72-year-old Barbara Scott saw a man and a woman fighting in an alley in the 1000 block of Redondo Avenue on August 21, 2021, around 9 a.m., she tried to stop the fight.

Police identified the suspect as Lawrence Jackson, 19. When Scott got involved in the altercation, attempting to get the couple to stop fighting, the suspect hit her in the upper body, which resulted in her falling to the ground.

According to the police, both Jackson and the woman she was fighting with left the scene prior to the arrival of the officers.

Scott refused to be transported to a hospital and only received treatment by paramedics at the scene. She provided a detailed description of the incident to responding officers and returned to her apartment at the nursing home.

A little less than a month later, nursing home officials informed authorities that Scott had passed away. The coroner determined the cause of death as blunt head trauma.

Jackson was arrested a few days earlier, on Wednesday, during a traffic check near the intersection of Hayford Street and Alondra Boulevard.

Jackson was taken into custody on $2 million bail.

Long Beach police arrested a woman, who was in violation of a restraining order, after responding to a report of a conflict between neighbors 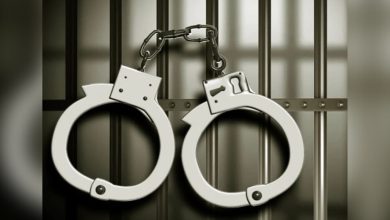