Chiropractors have become more and more popular among Americans in recent years as an increasing number of people seek help to have their bodies adjusted, issues caused mostly by everyday stress, spending too much time sitting, and physical inactivity. Chiropractors are trained to make our bodies function as optimally as possible by using spinal manipulations to relieve pain in joints and muscles.

Chiropractic is generally safe when performed correctly by a trained and registered chiropractor. Some people may experience side effects from treatment, such as aches, pains, and stiffness. In general, unwanted side effects developed by some patients are rare, but injuries sustained during chiropractic sessions are extremely rare. However, a young woman is seriously injured after a recent visit to the chiropractor, and her family is now seeking help in covering the medical bills.

Last month, the 28-year-old Caitlin Jensen visited a chiropractor for a neck adjustment as she had been suffering from neck stiffness for some time, an issue caused by sitting at her desk for months working on her last classes. Nothing indicated that her first neck adjustment would probably be her last one. Caitlin and her family would never forget June 16, the day when she visited a chiropractor because, during the routine session, she sustained a serious injury that left her paralyzed and is unknown if she will ever regain movement.

Nearly a month after the incident, her closest family relatives decided to speak publicly and explain what had happened that day because the medical bills are now mounting and they need the community’s help to cover all the expenses. Caitlin’s brother, Caleb Johnson, spoke to WJCL few days ago, and he explained in detail what his sister went through and what doctors expect to see in the upcoming period.

“That morning we were up and talking to her before work. You’re talking to her and then 30 minutes later, she’s in the hospital and now in the ICU,” said Johnson. “She’s able to open her eyes every now and then and wake up a little bit. And kind of move her hands to squeeze a little. But that’s it,” Johnson added.

Caitlin is from Georgia and she recently graduated from Southern University. She had aspirations of being a chemist and solving environmental issues, but her future remains unknown after the injury she sustained in the incident that snapped four arteries in her neck. The initial injury later caused Caitlin to experience cardiac arrest and a stroke, as well as a loss of pulse for over 10 minutes.

“She’s forever changed,“ Caitlin’ mother, Darlene Jensen, said to Daily Mail. “You don’t think that a 28-year-old healthy woman is going to be having such an emergency and having a stroke,“ she added.

The day when the incident took place, the mother received a shocking call from the doctor who treated Caitlin. Darlene immediately knew that something was not right, since the doctor used her daughter’s phone to make the call.

Caitlin was immediately transferred to Memorial Health University Medical Center for treatment. As soon as she underwent a CAT scan, her condition started worsening and she went into cardiac arrest. That day, Caitlin’s heart stopped for 10 minutes, but doctors managed to save her life with their quick reactions. Her mother was helplessly sitting next to her daughter at all times, but she was not able to help her in any way.

Caitlin has been hospitalized since the incident took place. Due to the serious injury she sustained in the incident, it remains unclear if she will regain her ability to move, speak, and get her life back to normal. However, Caitlin has recently been able to communicate with her eyes and partial parts of the left side of her body, something that gives her brother and mother hope that she might slowly regain strength and hopefully recover. The next step for the family is to get her out of the hospital and to transfer her into a rehab center.

Although chiropractors say such injuries are extremely rare, Darlene says she received dozens of calls from multiple people who experienced similar situations, meaning that maybe they are not that rare. However, they declined to release the name of the chiropractor, saying it was irrelevant and could’ve happened under anyone’s care.

The medical bills and the upcoming rehab center treatment are expensive. Caitlin’s family could not afford to pay for everything on their own, so they are seeking the public’s help and donations to continue the recovery period. So far, the community has raised more than $77,000 to help with Jensen’s medical bills via the GoFundMe account. 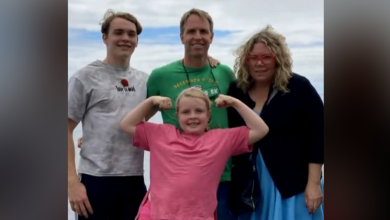 “We felt pretty safe. We were wrong,” Couple tested positive for Covid-19 for a second time in 90 days after mask-free vacation, they thought they were safe due to the prior infection 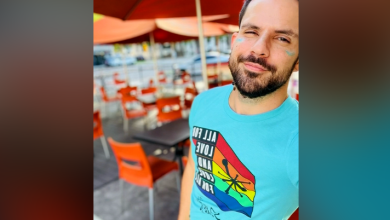 A 27-year-old man, a recovered Covid-19 patient, claims that being infected with Monkeypox is “100 times worse” than Covid-19 as it feels like someone was sticking needles in him 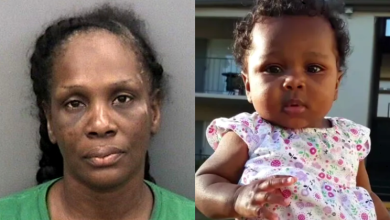 52-year-old woman accused of killing 10-month-old grandchild in a crash while the baby was sitting on her lap as she was driving drunk, asks to spend only four years in prison as a part of a plea deal 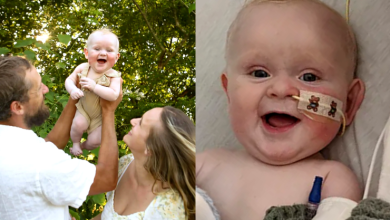 Months-old baby, previously denied heart transplant because his parents didn’t want him to receive series of vaccines, including the Covid vaccine, has finally been approved the much-needed transplant