Long Beach, California – A Long Beach couple was arrested on suspicion of committing several crimes after they led police on a chase.

The Long Beach Police Department says that at about 12:35 p.m. on Thursday, officers were sent to the intersection of Anaheim Street and Pacific Avenue.

When they arrived, they spoke with a man who said that two suspects, a male and a female, approached him as he was sitting inside his parked car on Anaheim Street.

The male suspect brandished a firearm and demanded the victim’s vehicle. The victim, fearing for his life, complied with the suspect’s demand. After that, the suspects fled northbound on Anaheim Street.

A short while later, patrol officers noticed a vehicle matching the description of the stolen vehicle and attempted to initiate a traffic stop, but the driver failed to yield and continued driving, leading officers to a brief chase. The pursuit ended when the driver of the stolen vehicle crashed into an unoccupied parked car. After the crash, the male driver got out of the car and ran away, while the female passenger remained in the vehicle and was subsequently arrested.

Shortly after that, the male suspect was arrested after the police set up a perimeter and searched the area. 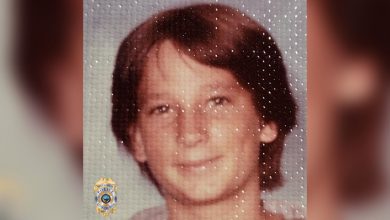